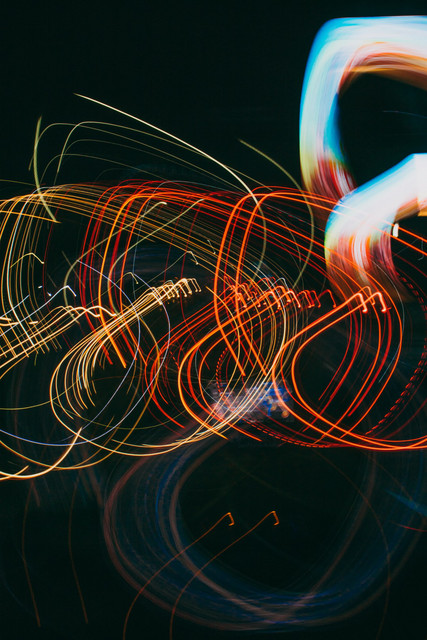 Astrology involves studying planetary energies and their impact on life. Many of the believers claim that Astrology is a science. It can make predictions through analysis of planetary influence on individuals. It can define intricacies of human personality. There are others who believe that Astrology is nothing more than a pseudoscience. Many Scientists believe that Astrology does not pass the test of falsifiability. But, there are also Scientists who tried to make statistical models in Astrology. Psychologist Carl Jung has done a lot of work in Astrology. His works led to the emergence of ‘Psychological Astrology’ or ‘Astropsychology’.

Whether Astrology is science or a pseudoscience is an interesting and lengthy debate. We will discuss this in a separate article.

There is no settled definition of the term ‘Spirituality’ or 'Spiritualism'. For some, Spiritual is another word associated with religion, God or anything divine. While, some scholars say spiritual is the opposite of faithless or godless. For some others, spiritual is philosophy that subsumes esoteric thoughts and ideas. There are a few scholars who believe that being spiritual is freedom from bondage of our own biases.

William James in his book ‘The Varieties of Religious Experience’ defines Spirituality. He says it is a feeling or experience that a person has in solitude in relation to what he or she considers as ‘divine’. There is an element of ‘faith’ in the ‘divine’. James gives individual the freedom to define what is ‘divine’ for her or him. Taking this view, the meaning of being spiritual is ‘personal’ to the individual. We can't define this in general terms.

Thus, spiritual meaning involves various complex definitions from various school of thoughts. It is not easy to give a simple straight forward universal definition for this.

Difference between Astrology and Spirituality 🪴

From the definitions above, we can see that Astrology and Spirituality are different. Spirituality is about ‘Self’ and the ‘inner being’. Astrology is about the ‘Planets’ and its influence on the being. Astrology involves mathematical calculations of planetary movements. While there is no such ‘Ganita’ or mathematics in the field of Spirituality. Astrology emphasize calculations in Ganita Jyotish. 'Phalit Jyotish' involves Intuitive as well as deductive analysis of these calculations. Further, we see Astrology as a subject associated more with prognosis and predictions. But, Spirituality is seen as a way of living. It focuses on mind, body and soul and their interactions with the cosmic energies.

We all have good qualities (devatas) and bad qualities (asuras) within us. In Spirituality, the ultimate goal is to merge with self. All 'good' and 'bad' within us looses its distinction and becomes part of 'Self'. Astrology defines nature of planets in a spiritual manner. In Astrology, there are no good or bad planets. The planetary nature is defined as 'Saumya' (gentle) or 'Kroor' (cruel). Thus, there are many grounds that create difference between Astrology and Spirituality.

So, is Astrology considered Spiritual? YES. There is one profound similarity between Astrology and Spirituality. Both the subjects associate themselves with an element of ‘divine’. This ‘divine’ could be in the form of God or Planets or Nature or the Elements or even the Self or the Atma.

Due to this, Astrology and Spirituality connection can be termed as intricate. Many researchers in Astrology are now studying Astrology and Spirituality together. This has given rise to ‘Astro Spirituality’ or ‘Spiritual Astrology’. In Astrology, analysis of horoscopes always rested on a spiritual platform. Complete horoscope analysis is a way to examine the horoscope from three angles. The first is through Lagna which reflects reality. The second is from Arudha Lagna which shows the societal rating of a real event in individual's life. The third is through Grah Arudha that reflects the individual's take on a real event.

Astrology tries to study the impact of planetary energies on us. It also believes in existence of past life Karmas. Due to the Karma Theory, we get answers to many unresolved questions in our life. Here, we are not discussing whether Karma theory has a scientific basis or not. There is no dispute about subtle connection between Karma and the Soul . To that extent, Astrology and Soul purpose has a connection in the spiritual realm. As a corollary, Astrology and Spiritual awakening should naturally have a subtle connection.

There are no spiritual secrets in Astrology. The Astrology and Spirituality connections have always been transparent. We all experience certain moments in life when we are 'thoughtless'. 'Why do I feel spiritual' is a question that we all have faced sometime in our life. We cannot explain this at the conscious level. Spirituality accepts this feeling and offers lengthy explanations. Astrology too deals with this question. There is a concept of Shodash Chandra kalas or the sixteen shades of Moon, the planet that is the karaka of mind. Between these moments of mood transformations, there can be rare blips of bliss. We see such rare occurrences as spiritual moments.

Astrology has a specific method to check Spirituality in a horoscope. Maharshi Parasara in the Brihat Parasara Hora Shastra talks of Vimsamsa or D-20 chart. D-20 is a special divisional chart that throws light on our spiritual progress in this life. Vimsamsa is the most evident example that explains Astrology and Spirituality connection.

RationalAstro believes that Spirituality has no direct association with Astrology. Further, we negate the idea that Astrology is Spirituality. Rather, we believe that Astrology exists in a Spiritual envelope. Astrology has a much wider role than only making predictions. Through appropriate karma and vedic remedies we can actually make our future possible. Astrology is more about free will than fatalism or fate. Astrology is not about eventualities. It is about possibilities. To this extent, Astrology can be a powerful vehicle for spiritual progress.

If an Astrologer is sincere in helping anyone, he or she, by default should be a Spiritual Astrologer. A Spiritual Astrologer will always work towards self-improvement. Such an Astrologer would not indulge in any activity that accentuates the vices. The spiritual soul should overcome the vices - kama, krodha, lobha, moha, mada, matsalya. Such Astrologers are rare but they do exist. And they have existed in all ages. They might not be celebrities. They might not be commercial. But their untiring efforts have sustained Astrology through thousands of years.

This Shanti Mantra figures in the end part of Sri Rudram Chamakam (11th anuvaka). This mantra has a special place both in Astrology Remedies as well as Spiritual sadhanas. Astrology analyses planetary energies for stress factors in an individual’s horoscope. This Shanti Mantra is said to calm down stressed and anxious mind. It is said that the vibrations of this remedial Vedic mantra result in instant stress relief. Further, all Spiritual practices leads to reducing stress. Stress reduction can be a primary goal or secondary by product of any spiritual practice.

Thus, this shanti mantra stands at the confluence of Astrology and Spirituality. To conclude this article, there can't be a better way than to listen to this mantra. Please spare the next ✨One Minute✨ and feel the powerful vibrations of Shanti Mantra-

Thanks for Reading 🙏🏻 Subscribe for FREE and Strengthen the RationalAstro Family 🪔